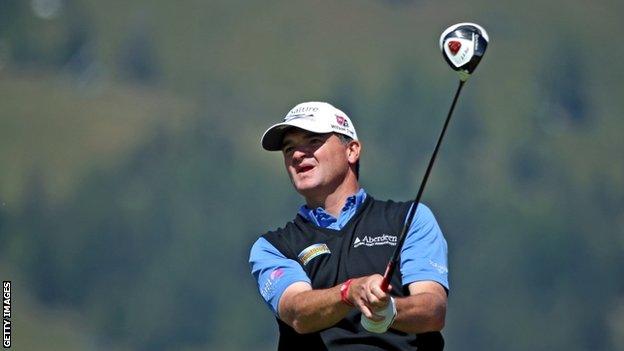 Paul Lawrie received a boost ahead of the Ryder Cup by climbing to his highest-ever position in golf's world rankings.

Although the 43-year-old Scot did not compete last week, he rose two places in the rankings to 27th.

Lawrie, who won the Johnnie Walker Championship at Gleneagles last month, competes in the Ryder Cup after a 13-year absence.

The event will be held in Medinah, Chicago, from 28-30 September.

United States-based Glaswegian Martin Laird is 42nd in the rankings, having reached 21st in March 2011, and Aberdeen's Richie Ramsay has also achieved his highest-ever ranking, climbing to 59th.

Lawrie goes into the Ryder Cup on the back of two title victories this season, also winning the Qatar Masters in February.