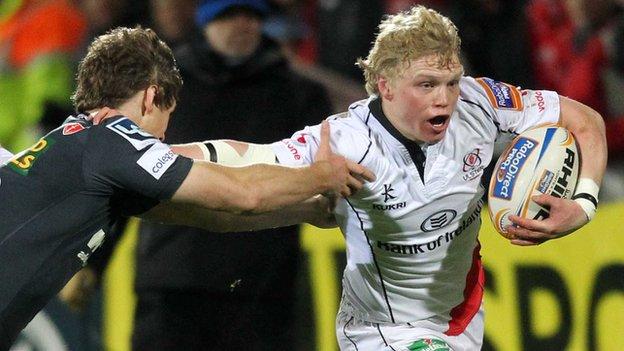 McIlroy is a keen supporter of Ulster Rugby and was shocked by the death of the 22-year-old centre.

Spence's father Noel and brother Graham also died in the accident in Co Down.

"I knew Nevin and have been around him a lot - [it's hard] to think that we are not going to see him again or see him on the rugby pitch," said McIlroy.

He added: "You know he had such a bright future as well."

McIlroy learned of the tragedy last Saturday while in the United States preparing for the lucrative Tour Championship in Atlanta.

Spence played 42 games for Ulster's first team and was tipped as a future Ireland international.

McIlroy has regularly attended matches at Ravenhill and is friends with several of the Ulster side.

"It's something that's actually quite close to you. It's been the first time really for me to have someone my age pass away and it's tough," McIlroy said.

"I've spoken to a few of the guys back home and I think its hit the rugby world quite hard and it's hit Ulster as a province very, very hard.

"He will always be remembered. He was a great rugby player and I think everyone will agree he was an even better person and he will definitely be long in the memory of a lot of people."

The funeral for the three men took place in Co Down on Wednesday.