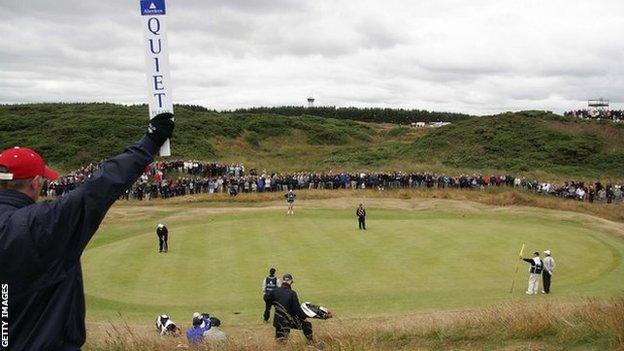 The Scottish Open will return to Castle Stuart for a third year before moving to Royal Aberdeen Golf Club in 2014.

The event moved from Loch Lomond to the links course near Inverness to offer better preparation for The Open.

Its first staging in the Highlands was affected by rain but proved popular with both players and golf fans.

The European Tour and title sponsors have also increased the prize fund by 20% to £3m, with the champion receiving £500,000.

George O'Grady, chief executive of The European Tour, said of Castle Stuart: "The venue has been popular and we are pleased to return there in July before moving to Royal Aberdeen.

"I had the privilege of watching the 2005 Senior Open and the Walker Cup in 2011 at Royal Aberdeen, a classic and challenging links course, which will continue in the tradition of great Scottish Open venues."