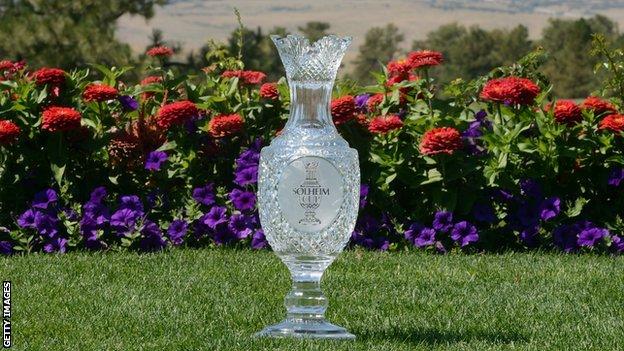 The 2015 Solheim Cup will he held at the St Leon-Rot Golf Club in Germany.

It will be the first time the biennial event, contested between the best European women and their Americam rivals, will be held in the country.

Europe hold the Solheim Cup, having won the 2011 event at Killeen Castle in the Irish Republic, and will defend it in Colorado next year.

"It will be a fantastic experience for our golf in Germany," said Sandra Gal, a member of the victorious 2011 European team.

"I am sure my home country will be a great host."