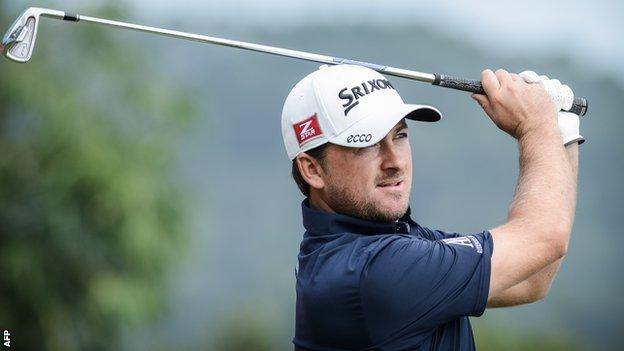 Graeme McDowell lies six shots behind leaders Adam Scott and Louis Oosthuizen after firing a one-under-par 71 in the first round of the WGC Champions.

The former US Open champions from Portrush carded three birdies and two bogeys in Shenzhen, China.

Offaly's Shane Lowry is just one off the pace after an impressive 66.

Peter Hanson, who has a chance to overtake the absent Rory McIlroy on top of the European Tour money list, also fired a 66 at Mission Hills.

Lowry qualified by winning the Portugal Masters three weeks ago and he looked like stealing the show after reaching eight under after 16 holes.

But bogeys at the 17th and 18th dropped him into a share of third with Bubba Watson, Phil Mickelson and Sweden's Hanson, winner of last week's BMW Masters.