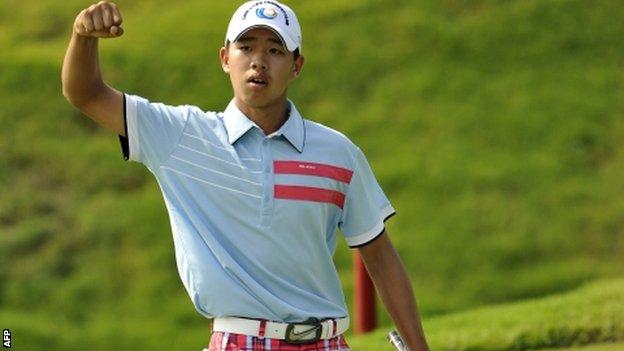 Guan Tianlang is poised to become the youngest golfer to play at the Masters after the 14-year-old won the Asia-Pacific Amateur Championship.

China's Guan earned the invitation to next April's tournament thanks to his 15-under-par victory at Thailand's Amata Spring County Club.

A final-round even-par 71 ensured he beat Pan Chung-Tseng by a stroke.

If Guan plays at Augusta he will beat the record set in 2010 by Italy's then 16-year-old Matteo Manassero.

Australia's Oliver Goss finished third and said Guan - the youngest player to compete at a European Tour event when he teed up at this year's China Open - was "too young to be intimidated".