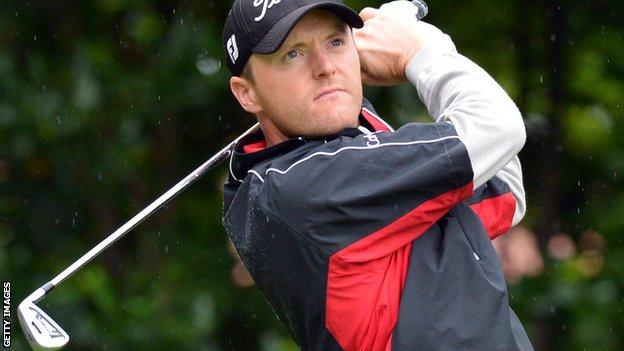 Belfast player Michael Hoey has withdrawn from the Hong Kong Open because of an ear infection.

Hoey, who played at last week's Singapore Open, had hoped the problem would clear up in time for him to compete at the Fanling course.

However, world number one Rory McIlroy, having already won the Race to Dubai, is back at one of his favourite venues aiming for his fifth win of the season.

McIlroy is the defending champion and has fond memories of Hong Kong.

"I have had some great experiences as a player, taking part in one of the best ever play-offs against Lin Wen-tang in 2008 and then finally putting my name on the trophy last year," said the 23-year-old from Northern Ireland.

"I was not feeling well on the Saturday and went into the final round three behind but shot a 65, holing a bunker shot at the last, to win by two."

The Hong Kong tournament will see the final places in the Race to Dubai money list decided.

England's Paul Casey is among those competing in Hong Kong in an attempt to leap into the top 60 and secure a place at next week's season-ending TP World Tour Championship.

Casey is currently 74th and is joined in this week's field by another former European Ryder Cup star, David Howell who is 61st.

The final positions on Sunday will also decide which players retain their European Tour cards for 2013, with the top 119 players on the money list keeping their privileges for at least another season.