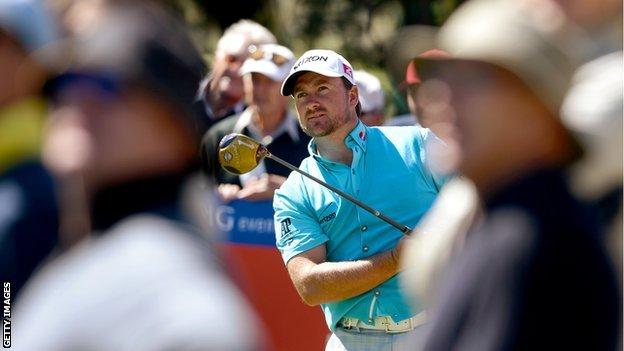 Graeme McDowell secured a top-10 finish at the Australian Masters after a one-under-par 71 in Sunday's final round.

The former US Open champion picked up birdies at the sixth and eighth holes before dropping a shot at the 11th on the Kingston Heath course in Melbourne.

A birdie at the 14th was followed by a bogey at the next hole, with the Portrush player ending on two under and in a share of eighth place.

Australian Adam Scott won by four shots on 17 under with Ian Poulter second.