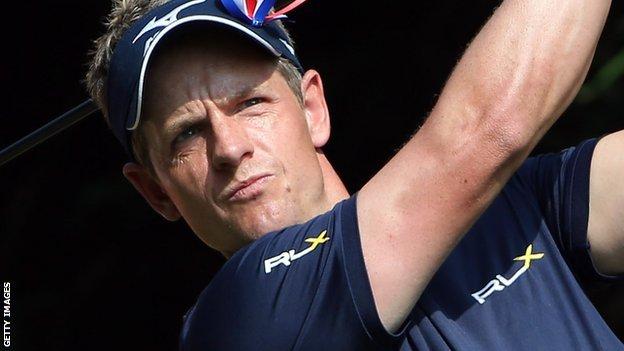 Luke Donald moved up a place to world number two as he overtook Tiger Woods by claiming victory in the Dunlop Phoenix tournament in Japan.

The Briton had led by four shots going into the final round and ended up finishing five strokes ahead of nearest rival Hideki Matsuyama.

It is the 34-year-old's first tournament win since he defended the PGA Championship at Wentworth in May.

Donald's latest success rarely appeared in doubt after he birdied the fourth and eighth, while getting an eagle at the seventh.

He did bogey holes nine and 10 before seven pars and a birdie on the long 18th assured him of victory.