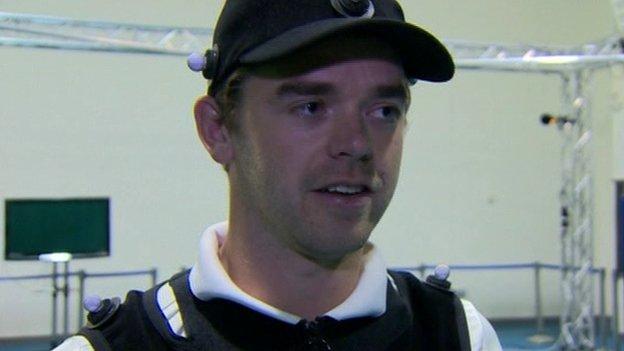 Devlin suffered heartbreak as he dropped six shots in three holes on his back nine to miss the fourth-round cut by five shots on seven over after a 76.

He was on course to qualify at one over after 12 holes but a quadruple bogey on 13 was followed by successive bogeys.

Shaw shot a closing 68 but still finished 10 shots outside the cut.

Devlin was in action on the tougher Stadium Course on Tuesday and looked well placed to progress to the final two rounds in the 108-hole marathon after he carded three birdies in five holes to improve to one over.

But then came the carnage of the fourth hole, his 13th, which tumbled him down the leaderboard.

Shaw, playing the easier Tour Course on Tuesday, battled well on Tuesday but the damage had already been done following earlier rounds of 81, 73 and 74.

Kerry player David Higgins remains on course for one of the 25 tour cards on offer but he did lose some ground as a two-over 74 left him sharing 19th place on five under.

Higgins, 39, was the only Irish player to survive into the final 36 holes with Niall Kearney exiting on five over, county Down-based Simon Thornton on six over after a 72 on the shorter Tour Course and Corkman Peter O'Keeffe on 15 over after a closing 75.

Argentina's Estanislao Goya and England's Andy Sullivan lead the field on 12 under - a shot ahead of a group which includes England's Richard McEvoy.