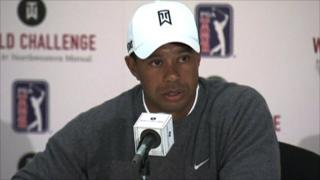 My best is yet to come - Woods

Former world number one Tiger Woods feels he still has "some of his best golf to play" ahead of the end of season World Challenge event at California's Sherwood Country Club.

Now ranked three in the world, Woods congratulates current world number one Rory McIlroy on his achievements in 2012, commenting the Northern Irishman "should be very proud of the season that he has had".