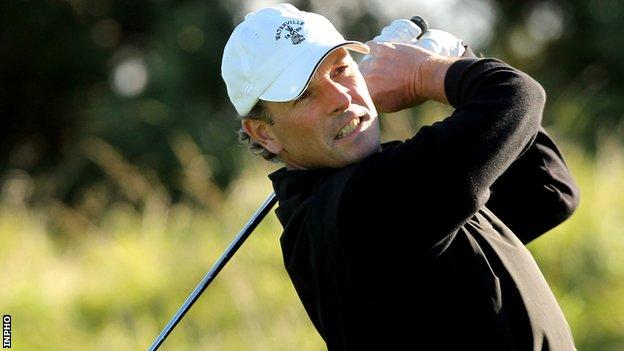 Kerry golfer David Higgins has won a European Tour card for 2013 after finishing in the top 25 at the qualifying finals in Spain.

The 39-year-old held his nerve to shoot a closing two-under 70 at the PGA Catalunya Resort on Thursday which left him in a share of 16th place.

England's John Parry won the event on 19 under par as he finished four clear of Sweden's Mikael Lundberg.

Australian Daniel Gaunt, who played in the PGA EuroPro event at Galgorm Castle in 2010, looked certain to win a tour card as he lay on 10 under after 17 holes - five shots inside the target.