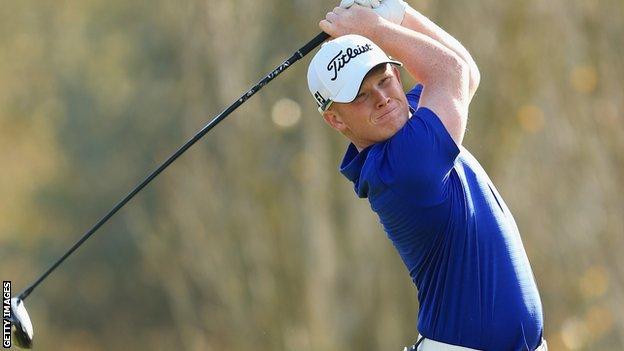 Chris Lloyd says he felt relieved after securing a place on next year's European Tour for the first time.

The 20-year-old, from Kingswood in Bristol, hit a five-under-par 67 in the final round to finish 16th at the tour qualifying school in Spain.

"It's more relief than anything else, but I am chuffed to bits," Lloyd told BBC Radio Bristol.

"Luckily I saved the best until last, with three birdies in the last four which sealed the deal for me."

He continued: "It's an exciting prospect and challenge for me.

"I'm very much looking forward to it and I'm going to take it in my stride."

Lloyd will join Chris Wood as Bristol's second golfer on the Tour, and the youngster added: "Woody has been great, especially over the last few months. He's only a phone call away and he's been very supportive.

"I'm looking forward to spending a bit more time with him next year."