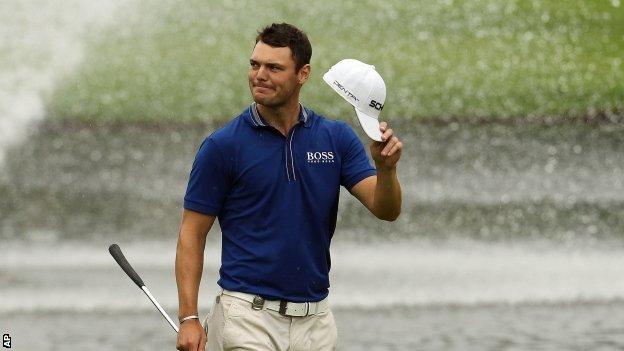 Martin Kaymer secured his first title of the year with a two-shot victory at the Nedbank Golf Challenge.

The German Ryder Cup star, 27, finished eight under par, with 2011 Masters winner Charl Schwartzel second, ahead of American Bill Haas on three under.

England's Lee Westwood carded one under par for the tournament at South Africa's Sun City, with Scotland's Paul Lawrie a further two shots behind.

England's Justin Rose finished 11th out of the field of 12 - 15 shots adrift.

He started the day with a one-stroke lead, with home favourites Louis Oosthuizen and Schwartzel among the chasing pack behind him.

Kaymer birdied the 9th, 10th and 11th to pull clear but a bogey at 15 meant he was only one ahead of Schwartzel, who had picked up shots on the seventh, ninth and 10th.

However, a bogey on 17 dashed the South African's hopes while former world number one Kaymer held his nerve to par the last three holes at the invitational event.

"It was always tight," said Kaymer who, along with Schwartzel, shot a final-round 69.

"We have to win one tournament every year and this is our last chance. Fortunately we could bring it home."