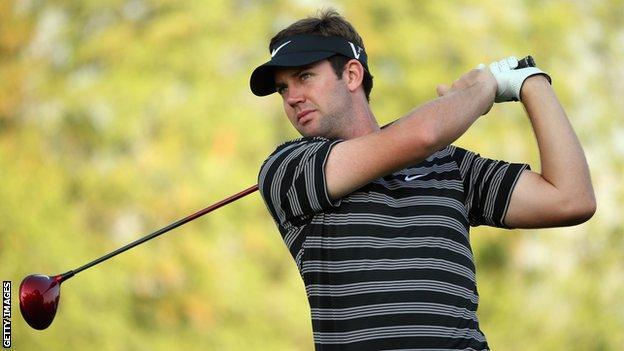 The Scot, 29, beat Eduardo de la Riva and Steve Webster in a play-off after the tournament was cut to 36 holes.

De la Riva bogeyed the first extra hole to drop out and Webster did likewise on the next to hand Jamieson the victory.

The Royal Durban course was reduced to a par 65 because of saturated fairways and Jamieson jumped into the play-off with a second round of 57.

The eight-under-par round was a marked improvement on his opening round of 66 that had left him outside the top 60.

"Starting the day I probably didn't think I would be standing here holding the trophy," said Jamieson.

"But I knew I needed a fast start and I was lucky enough to get that."

The 29-year-old's best finish on the European Tour was previously third in the Spanish Open, BMW International Open and Scottish Open.