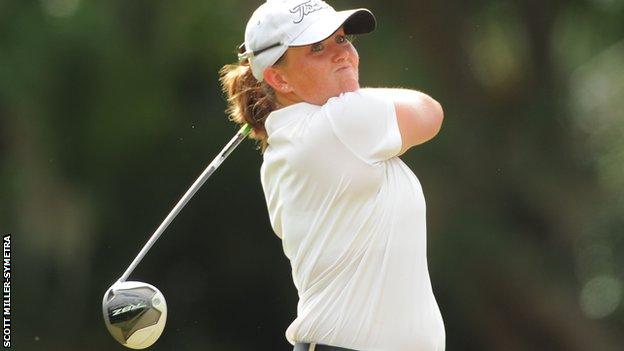 Jersey's Olivia Jordan-Higgins has confirmed she will compete in America's Symetra Tour again in 2013.

Jordan-Higgins, 24, finished 16th on the money list in 2012, which would have seen her qualify for the LPGA Tour.

"I'm really pleased with my performance and overall I feel it's been a huge improvement from the first year," she told BBC Radio Jersey.

"I've felt a lot more relaxed but I know I've still got plenty to learn and so many more experiences to gain from.

"I'm happy with the way things are and I've got to keep doing what I'm doing."

Jordan-Higgins clinched two second-placed finishes during the 2012 season but is still searching for her first title on the tour.

A year ago she failed in her but has now decided her immediate future lies in America.

"I'm going to go back to the Symetra Tour and aim for the top ten," she added.

"European Tour School's going on right now and I decided not to go this year.

"I just wanted to focus on one thing. I enjoy it out there [in America], I'm doing well, so I'm going to keep my mind on that for now and see where that takes me."

The Symetra Tour is set to resume for 2013 in February.