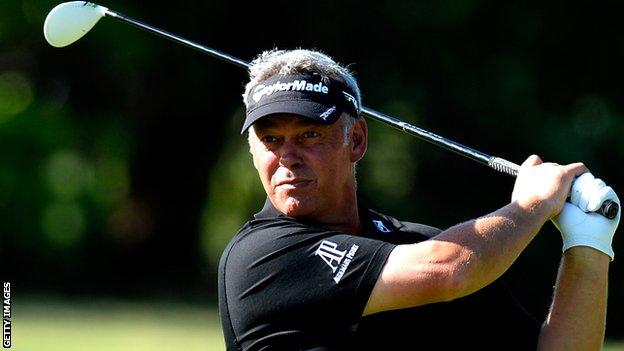 Darren Clarke fired a three-under-par 69 in Sunday's final round of the Volvo Golf Champions event in South Africa.

The former Open champion from Dungannon carded five birdies and two bogeys to finish joint 22nd on five under.

Belfast's Michael Hoey, who had three bogeys and two birdies in his 73, was 25th on three under.

Padriag Harrington was the best of the Irish in fourth place after a 68 left him on 12 under and four shots behind winner Louis Oosthuizen.

Shane Lowry was back in joint ninth on 10 under following a 70.