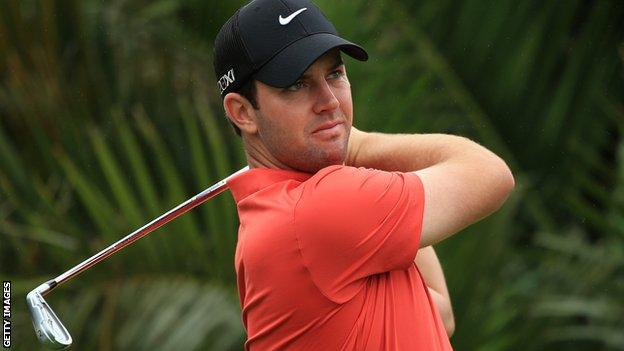 Scotland's Scott Jamieson is one shot off the lead at the halfway mark of the Volvo Golf Champions event in Durban.

Jamieson carded an eight-under-par second round of 64 for a total of 11 under, one behind South Africa's Louis Oosthuizen, who also shot 64.

The overnight leader, Thongchai Jaidee of Thailand, shares second place with Jamieson after recording a 68.

Overnight rain delayed the start of Friday's play by two hours, but 29-year-old Jamieson was soon into his stride and sank four of his eventual nine birdies in the first six holes.

Jamieson and Jaidee shared the lead with Oosthuizen until the 2010 Open champion sank a putt from 30 feet at the last hole to move ahead.

Willett and Lawrie both recorded rounds of 70 to stay in touch with the leaders.

Jamie Donaldson of Wales and Scotland's Richie Ramsay, both three under at the start of the day, slipped down the field with rounds of 72 and 73 respectively.

Northern Ireland's Darren Clarke is at one under following his round of 68, but Colin Montgomerie's round of 78 saw the Scot move back to second-last in the 33-player field.