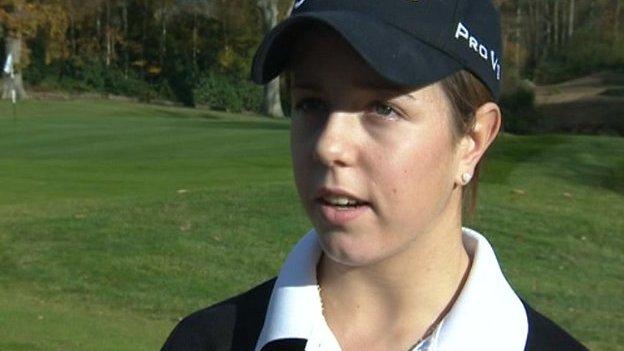 Bournemouth golfer Georgia Hall has been named as Team GB's flag bearer for the Opening Ceremony of the 2013 Australian Youth Olympic Festival.

The five-day Games start on 16 January in Sydney and Team GB is represented by 120 competitors, aged 12-20.

Hall, ranked fourth in the world, last year completed a hat-trick of prestigious tournament wins which saw her top the European Ladies rankings.

Golf is on the schedule for the first time since the 1900 Olympic Games.