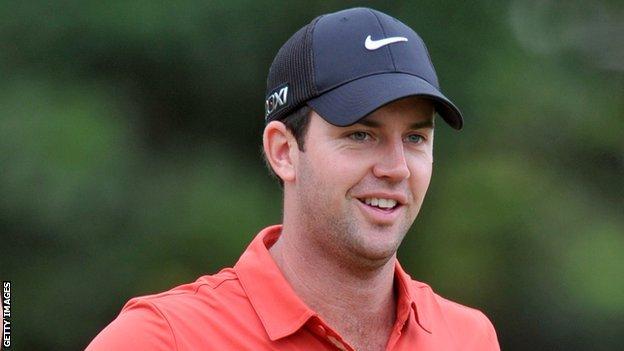 Scottish golfer Scott Jamieson insists that Europe have made the right choice in appointing Paul McGinley as 2014 Ryder Cup captain.

And Jamieson, who has played under McGinley in the Seve Trophy is hoping he can play his way into McGinley's plans for Gleneagles.

"He was my captain when I played the Seve trophy in my rookie season and he was certainly good for me," he said.

"He's definitely going to be a great captain."

The 29-year-old added that McGinley's man-management skills would be key to success.

"With me, he just explained what was expected of me, what my role was in the team," said Jamieson. "But he didn't do it in a way that adds pressure.

"He makes you feel more comfortable with the environment you're in."

And the winner of the Nelson Mandela Championship in December described the prospect of making McGinley's team as "fantastic".

However, Jamieson was philosophical after dropping a five-shot lead on the final day of the Volvo Golf Champions event in South Africa, losing out to Louis Oosthuizen on Sunday.

"Obviously I'm disappointed, because holding a five-shot lead, it's yours to lose," he said.

"I didn't feel I did too much wrong on the final round. Louis played a great round, it's not like I handed it to him on a plate.

"From tee to green I was pretty good, I just didn't putt as well as the first three days.

"It was disappointing, but second place, at the start of the week I'd have taken."