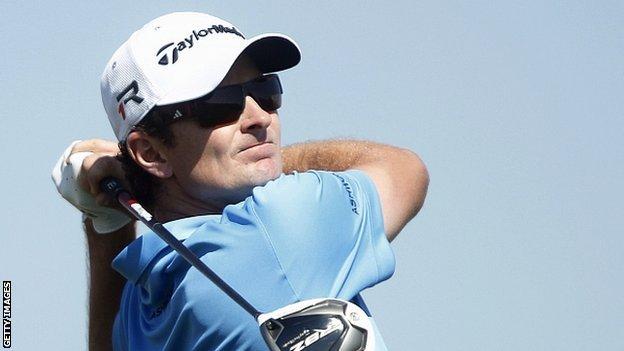 Rose carded a four-under-par 68 on day three for 12 under overall, including a run of five birdies in six holes between the fourth and the ninth.

Wales' Jamie Donaldson and Denmark's Thorbjorn Olesen are tied for second, while a 66 from Thailand's Thongchai Jaidee left him fourth on nine under.

World numbers one and two Rory McIlroy and Tiger Woods missed the cut.

"Things went well throughout the whole day and I really felt in control," said Rose, 32.

"I was actually surprised to make three bogeys on a day where I felt so good about my game.

"It's a great opportunity in the first tournament of the year but I'm putting no pressure on myself to win. I just want to keep swinging freely and keep up the work with the putter."

A three-putt bogey from only 15 feet at the first was not the start the world number five had in mind but Rose quickly recovered his poise.

Rose bogeyed the 13th and 17th as the gap between him and the chasing pack was reduced to one shot but he birdied the last after a chip to within two feet.