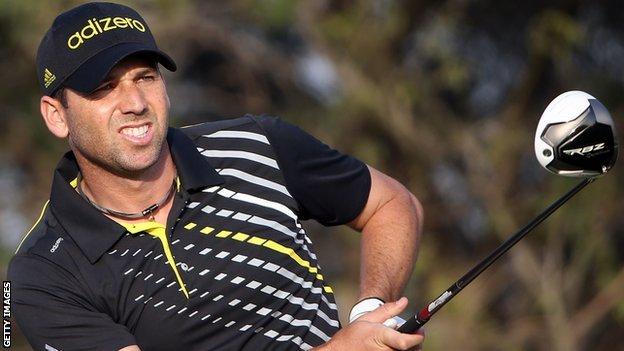 Spain's Sergio Garcia hit a round of 66 to form part of a four-way tie at the top of the leaderboard at the halfway stage of the Qatar Masters in Doha.

Garcia, who hit six birdies, said: "I managed to play smart and do that fairly nicely."

England's Gary Lockerbie is part of a group of five players on eight under, while his compatriots, Chris Wood and Anthony Wall, are a further stroke behind.

Garcia, who underwent laser eye surgery to correct astigmatism last year, was happy with the way he coped with a strong breeze that followed calm conditions on his first round.

"It was not the strong wind we are used to seeing here," said the 33-year-old. "But we had to choose the right clubs and it made some of the drives a little tougher."

Defending champion Paul Lawrie missed the cut by a single stroke after a four-putt double bogey on the 15th.