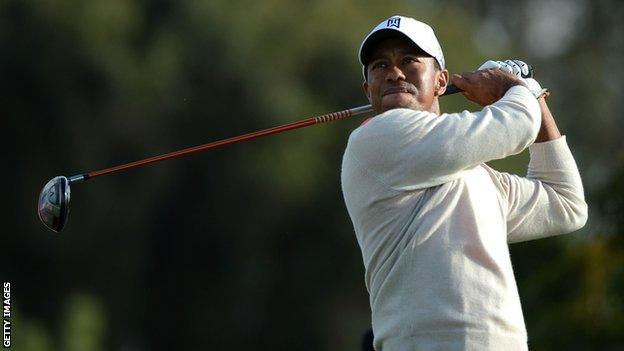 Tiger Woods was pleased with his four under par opening round at the Farmers Insurance Open despite two bogeys in his final four holes.

The 14-time major winner is three behind leaders Brandt Snedeker and KJ Choi at Torrey Pines.

I made a few mistakes out there, but I made some nice plays as well

"I am [happy]. After being one under and then one over, to battle back and get to six at one point was a good job," Woods said.

England's Ross Fisher is among a large group on six under par.

In Woods's first outing on the PGA Tour this season, following his missed cut at the European Tour's Abu Dhabi Championship last week, he sank a 25-foot birdie putt on the first hole on the South Course at Torrey Pines.

Woods stumbled with a three-putt double-bogey at the fourth but birdied the next before spectacularly holing from a greenside bunker on the sixth for an eagle.

More birdies followed at eight, nine, 12 and 13 before finishing with bogeys on 15 and 17.

"I made a few mistakes out there, but I made some nice plays as well," added Woods.

Snedeker hit a bogey-free seven-under-par round while Choi recovered from a bogey on 17 to birdie the last and finish tied in the clubhouse ahead of the second round.

Fisher hit just one bogey in his round, while fellow Englishman David Lynn finished one shot further back on five under.