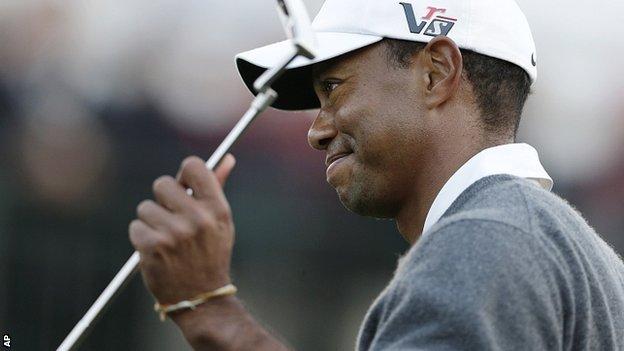 Tiger Woods closed in on his 75th PGA Tour victory by stretching his lead to six shots with 11 holes remaining in the final round of the fog-delayed Farmers Insurance Open on Sunday.

Woods, a six-time winner of the Torrey Pines event, was 17 under when play was suspended for the day in fading light.

Nick Watney was tied for second, after eight holes, with defending champion Brandt Snedeker, who had completed 13.

England's Ross Fisher was seven under with nine holes remaining.

"I've got to continue with executing my game plan," said world number two Woods, who will complete his round on Monday.

Woods is bidding to win a third different PGA Tour event for a seventh time. He has already recorded seven victories apiece at the WGC-Bridgestone Invitational and the Arnold Palmer Invitational.