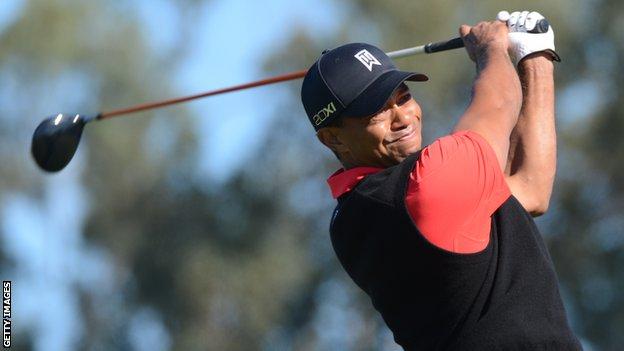 Resuming six clear of the field with 11 holes of his final round remaining, the American was never in any real danger.

The 37-year-old's eighth triumph at Torrey Pines equals the PGA record for the number of wins at a single course.

Most wins in a single PGA event

Woods had got his final round off to an excellent start on Sunday, carding birdies at the third, fourth and sixth holes, and resumed on Monday in solid fashion, reaching the turn in 33.

A birdie followed at the 13th as he calmly two-putted from 52 feet, but having earlier dug himself out of trouble a couple of times after some wayward play from the tee, he bogeyed 14 and double-bogeyed 15 to reduce his lead from eight shots to five.

Another bogey on 17 will have irked Woods, and taken the gloss off an otherwise highly satisfactory week's work for the 14-time Major winner at the scene of his 2008 US Open triumph.

He finished his level-par round of 72 with a routine par.

"It got a little ugly towards the end," he admitted. "I just lost my patience and concentration a little bit."

Defending champion Snedeker dropped one shot in the five holes he had to complete on Monday, signing off with a 69 - the same three-under par final-round score as Teater.