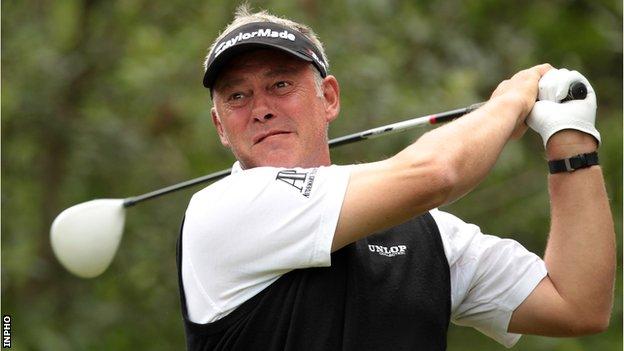 Northern Ireland's Darren Clarke is reported to have pulled out of this week's Dubai Desert Classic following a minor traffic accident.

The 2011 Open champion was entered for the final event of the European Tour's "Desert Swing" but his name was missing from the entry list at the weekend.

In a report in the Irish Examiner, Clarke's management company, ISM, said he was feeling a bit of stiffness.

The Dubai tournament runs from 31 January to 3 February.

It is the final event of the European Tour's three-tournament programme in the desert and features the first competitive outing of the season of world number seven Lee Westwood, who was runner-up in this event for a third time last year.

Northern Ireland's Michael Hoey and Gareth Maybin are playing in the event along with defending champion Rafael Cabrera-Bello of Spain.