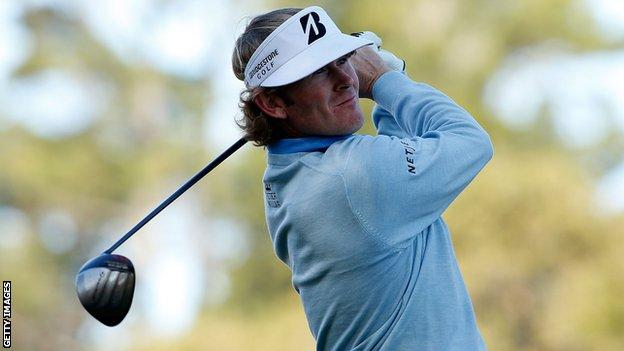 Brandt Snedeker moved from number six in the world to fourth after winning the Pebble Beach National.

The American, runner-up in his last two tournaments to Tiger Woods and Phil Mickelson, was able to celebrate after firing a final-round 65.

That proved too much for his rivals; Chris Kirk finishing runner-up two strokes behind Snedeker's 19 under par for the tournament.

Russell Knox, who ended six under par, was the best placed British finisher.

Scotland's Knox, 27, had hit an impressive opening round 64 but ended the tournament tied 28th.

He finished one stroke ahead of England's Greg Owen, while Lee Westwood was tied 46th at three under.

Having finished 2012 10th in the world rankings, Snedeker's victory continued his impressive form of late.

"It's kind of crazy what has happened in the last four months or so," said the 32 year-old.

"Finishing a tournament like this gives me a ton of confidence going into the Majors."