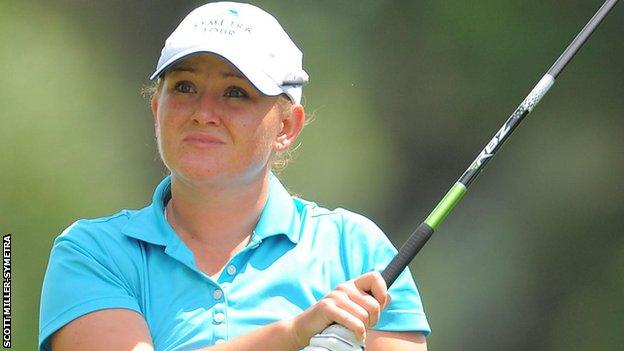 Jersey's Olivia Jordan-Higgins will not be amongst the field when the Symetra Tour kicks off in Mesa, Arizona next week.

Longbow Golf Club hosts the first of 15 tournaments on the 2013 Tour.

But there is a month between the first two events so Jordan-Higgins will gamble on missing the opener, saving money on travel and accommodation.

She will, instead, continue her preparations in Jersey and fly to America in a fortnight.

By then though her rivals will have had the chance to open up an early advantage on the money list before she has even arrived in the US.

"I added up the expenses and right now it was just money I couldn't really afford to spend," she told BBC Radio Jersey.

"I figured I'd be better off just practicing and getting ready a little bit longer.

"I have to look at it from a positive perspective rather than seeing myself as being a little bit set back from the start.

"I'm hoping giving myself a little extra time to get ready will benefit me in the long run."

The Symetra Tour offers players a pathway onto the LPGA Tour, with the top 10 at the end of the year qualifying for the following season.

"Last year was a big confidence boost for me for sure," said the 25-year-old.

"This year my main focus is going to be on being a lot more consistent and more top-10 finishes.

"If I can have a good finish at the first few tournaments, have money in the bank, it'll just help me to relax a lot more for the rest of the season."