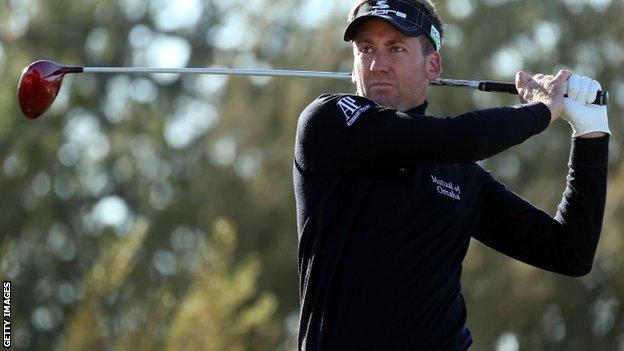 Ian Poulter remains on course for a second WGC Match Play title in Arizona after reaching the quarter-finals with a win over South African Tim Clark.

The Englishman won 5&3 in the third round and will return to action later on Saturday against Steve Stricker in the last eight.

Organisers are looking to get back on schedule after freak snowstorms delayed the start of the competition.

Saturday's play was delayed by 45 minutes after freezing conditions in the early morning, but once the action began it was 35-year-old American Robert Garrigus who made the first move of the day.

He beat Fredrik Jacobson 3&1, holding off a comeback that saw the Swede make birdies at the 11th, 12th and 13th by responding with a birdie at the 14th and an eagle on the 15th.

Third-round results (US unless stated):