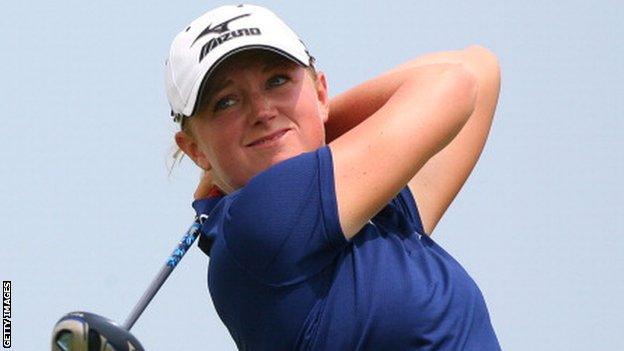 American Stacy Lewis won the HSBC Women's Champions in Singapore with a one-under final round of 71.

England's Jodi Ewart-Shadoff, ranked world 134 and competing under her newly married name, finished joint 18th on 284 after a final-round 70.

The Taiwanese world number one Yani Tseng finished a disappointing week with a share of 28th after a final round of 74.

Second-placed Choi, on 72, was runner-up at the tournament for the second consecutive year. She lost to Angela Stanford in a four-player play-off last year.