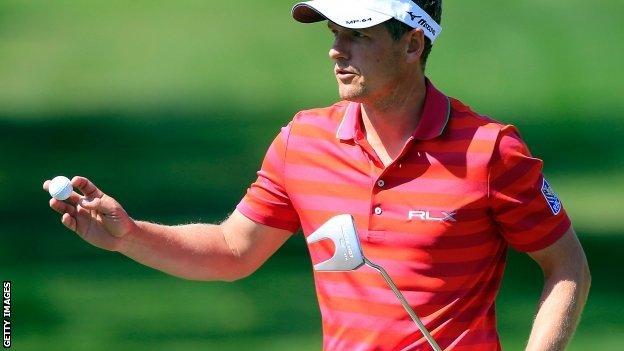 Defending champion Luke Donald moved into contention with a third round of 67 that left him two strokes off the lead at the Tampa Bay Championship.

England's world number three struggled to get going in the first two rounds, but four birdies and no bogeys took him into a group of five on four under.

Jim Furyk is among a group of four players on five under par.

Shawn Stefani of the US, who led after the first two rounds, slipped back with four bogeys in the front nine on his way to a 74 that left him tied with Donald on four under.

Spain's Sergio Garcia remains in touch on three under despite a 72, while Australia's Adam Scott and South Korean KJ Choi began the third round in second place but both shot 76 to slip back to one under.