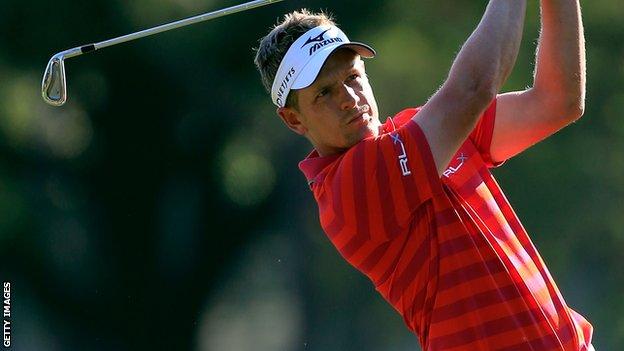 Luke Donald fell short in his bid to retain the Tampa Bay Championship after a final round of 69.

Boo Weekley's final round of 63 moved him into contention but Streelman held his nerve for his first PGA Tour win.

Donald eventually tied for fourth place with Greg Chalmers and Justin Leonard, having moved into contention by carding a 67 on day three.

A 19-foot birdie putt at the 17th was followed by par at the last to see Streelman, 34, to his first Tour win at the 153rd attempt.

"It wasn't too long ago I was driving around in a car dead broke," Streelman said after picking up the $990,000 winners cheque. "But it shows if you keep working hard and stay patient, you can accomplish something."