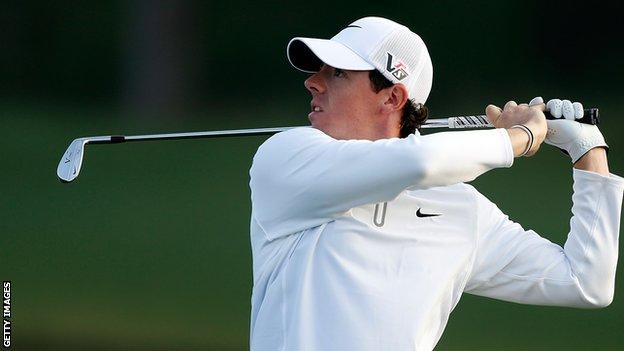 Rory McIlroy finished well down the field at the Houston Open after hitting a final-round two-under-par 70.

McIlroy's four-under-par total left him sharing 45th place as the leaders started their back nine at the Redstone Golf Club Tournament Course.

The world number two finished his round with successive birdies.

McIlroy made a late decision to play in the Texas Open, which starts on Thursday, in order to get in more competitive action before the Masters.

This season's first major starts at Augusta on Thursday 11 April.

McIlroy, who entered the Texas Open 30 minutes before the deadline, has postponed a scheduled trip to Haiti in his role as a Unicef ambassador.

The 23-year-old parred his opening seven holes on Sunday before picking up birdies and the eighth and ninth.

Successive bogeys followed at the 11th and 12th after he found water on both holes but he finished his round on a high note by rolling in birdie putts on the final two greens.