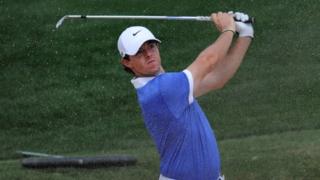 BBC Sport Northern Ireland's Stephen Watson will be at Augusta for this week's Masters.

Rory McIlroy goes into this season's first major rejuvenated after his second-place finish at the Texas Open.

There will also be coverage of other Graeme McDowell and Alan Dunbar, with the Northern Ireland challenge reduced to three following Darren Clarke's withdrawal from the event because of a hamstring injury.