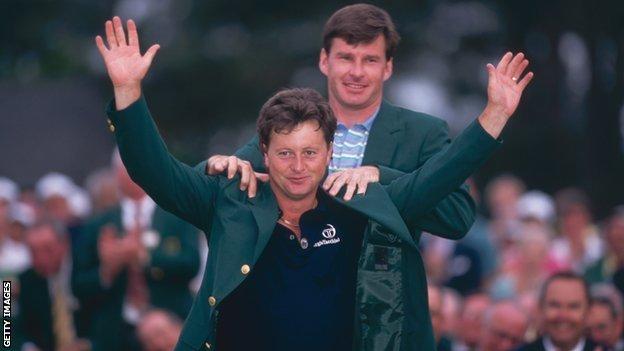 Whichever way you look at it, United Kingdom golf is in decent shape.

After Paul Lawrie's Open win of 1999 began a period of 11 years without a UK major winner, home players (more specifically, those from Northern Ireland) have claimed four of the last 11.

In that time, three men from the UK - Rory McIlroy, Luke Donald and Lee Westwood - have perched on top of the world rankings, while the likes of Justin Rose, Ian Poulter and Graeme McDowell are regularly in and around the top 10.

There is, however, one last frontier for the UK pack to rule over: the Masters.

The 2013 tournament marks 25 years since Sandy Lyle became the first UK golfer to win at Augusta, a win that was followed by three more home wins in as many years - two by Nick Faldo and one by Ian Woosnam.

However, since Faldo won in 1996, no player has bought a Green Jacket back to the British Isles.

With the help of Peter Alliss and Ken Brown, BBC Sport assesses the UK challenge.

Masters history: Led for three rounds in 2011 before a catastrophic final-day 80 saw him slide to a tie for 15th, his best finish in four trips down Magnolia Lane.

The other majors: Bounced back from the Augusta disappointment to destroy the US Open field two months later. Followed that up with another dominant performance at last year's US PGA to become the youngest double major-winner since Seve Ballesteros.

Form: Struggled in the aftermath of a high-profile equipment change in January, a controversial withdrawal at The Honda Classic part of a poor run that saw him replaced as world number one by Tiger Woods. A late decision to play in the Texas Open paid dividends, though, with a second-placed finish sending the Northern Irishman to Georgia in better touch.

Alliss's verdict: "After all the furore about changing clubs and equipment I think he's managed to adjust remarkably well. Finishing second last week was just the right sort of tune-up. He is so powerful, not a big man, but hits the ball miles. Very exciting to watch, and stands out head and shoulders above the rest." 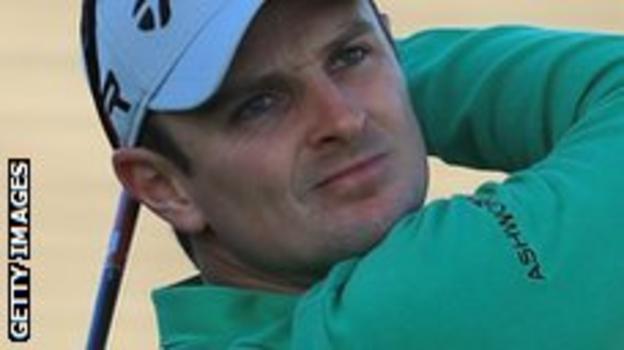 Masters history: Has not missed the cut in seven trips to Augusta. Was only one off the lead before the final round in 2007, but ended up in a tie for fifth, while a late charge last time took Rose into the top 10.

The other majors: Has only managed five top-10 finishes, including his breakthrough performance at the 1998 Open when, as an amateur, he shared the lead with Woods before finishing fourth.

Form: Consistent. Four top-10 finishes in 2013 have seen the Hampshire native climb to a career-high third in the world.

Alliss's verdict: "He must be in with a chance because he's played well here in the past. His professional career started so slowly and miserably and people wondered whether he was going to make it and then suddenly, with the same sort of game, he's become a very proficient player. He's long enough, seems to have good nerves and manages the course pretty well." 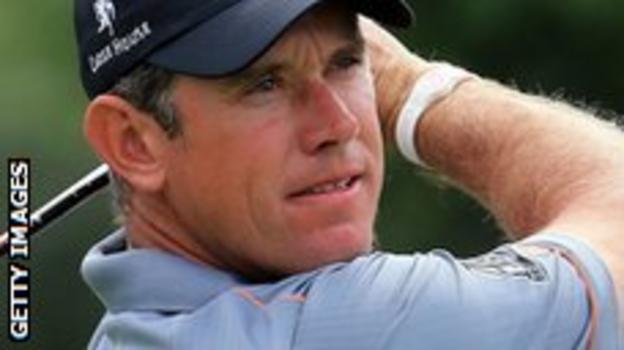 Masters history: Knows what it is like to lead a Masters final round, only to be denied by an inspired Phil Mickelson in 2010. Led again after day one last year, eventually finishing tied third when some better putting would have probably been enough for at least a place in the play-off.

The other majors: Perhaps vying with Colin Montgomerie for the tag of 'best UK golfer not to have won a major'. Of course, Westwood will have more chances, but after nine top-five major finishes, he must wonder if the big prize will ever come.

Form: A move to Florida and a new adjustable, long-handled putter are yet to produce consistently good results, but there were some encouraging signs at the Houston Open before a final-round falter.

Brown's verdict: "Westwood has made a massive decision to move from Worksop to live in Florida, solely with the purpose of trying to win majors. The big attribute is he can practice 365 days a year. He's had chances to win here, he's been out in the last group, and he knows he can win here. For him, the question is whether his putting is sound. In recent weeks he's done OK with a new putter, so he's got every chance."

Masters history: Showed signs last year that he was getting to grips with the Augusta National in what was his fifth trip to Georgia. A strong final day saw the Northern Irishman break into the top 15 for the first time.

The other majors: With an ice-cool nerve that would later win the Ryder Cup for Europe, McDowell ended the UK's 11-year wait for a major champion with a one-shot victory at the 2010 US Open.

Form: Has looked in good touch, particularly at the WGC event at Doral when a final-day fade ended his challenge to Woods, but was disappointing last time out at the Arnold Palmer Invitational.

Alliss's verdict: "He's a mercurial, flashy player and gutsy. Can I see him winning around here? He doesn't stand out, but having said that over the years we have had people like Mike Weir or Angel Cabrera, wonderful ball strikers who have had good fortune here and a bit of bad luck for others there." 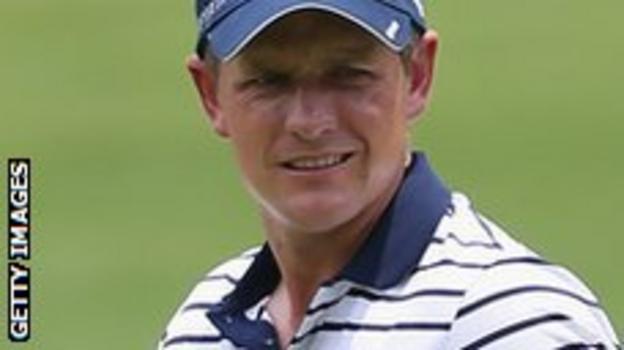 Masters history: Has enjoyed the Masters more than any other major, notching up three top-10 finishes. Finished third to be top European in 2005 and was in the pack that was eventually trumped by Charl Schwartzel in 2011.

The other majors: Has only managed four top-five finishes away from Augusta, including the 2006 US PGA, where the Englishman led for three rounds before falling away at the last.

Form: Currently lacking the consistency that saw him regularly ranked as number one in the world until August last year. Looked to be running into some form with a fourth-placed finish in Tampa Bay only to miss his first cut in 119 European Tour events in Malaysia a week later.

Alliss's verdict: "I love watching him play. He goes about his business quietly and he's well balanced. Whether he is just powerful enough, I don't know. They talk about big hitters winning here but, over the years, many players have won this that have not been monster hitters - it's always been a mixture of bits and pieces." 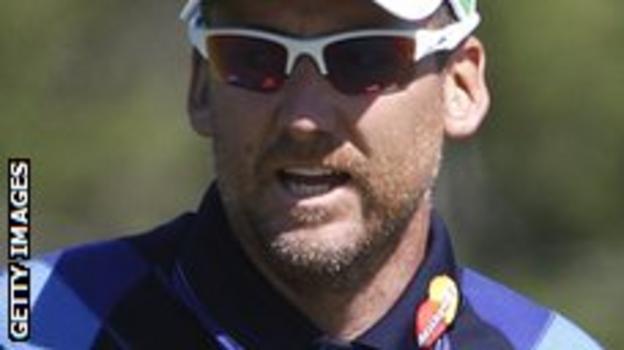 Masters history: Has never missed the cut in seven visits to Augusta, finishing in the top-10 twice, including seventh last year.

The other majors: Is yet to transfer his near-invincibility at the Ryder Cup to the majors. Second at the 2008 Open is his best of four top-10 results away from Augusta, but did finish third at last year's US PGA.

Form: Typically, his best performance of the year came in a matchplay tournament - fourth at the WGC Match Play. His only top-10 finish in a strokeplay event came back in January, with Poulter's own late decision to play at the Texas Open not yielding the same success as McIlroy.

Brown's verdict: "Slowly refined his playing schedule, looking more and more to majors. He's worked very hard on fitness this winter and reckons he's gained a bit of clubhead speed. He's got a super record here and loves playing Augusta. You've got to enjoy the challenge of it. Like Westwood and Rose, his game is building towards it and he certainly putts well enough to win the Masters." 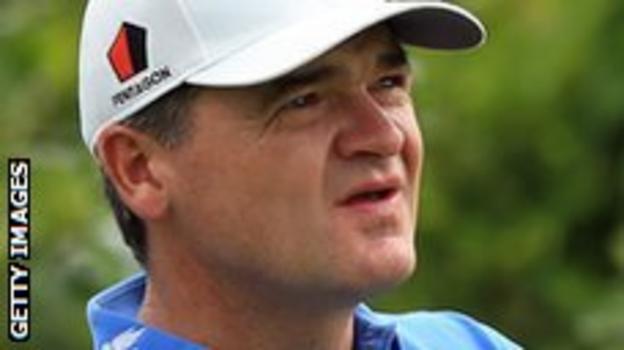 Masters history: Poor. On six trips to Augusta, Lawrie has missed the cut on three occasions, with a tie for 15th his best finish.

The other majors: Has only ever recorded two top-10 major finishes, but one of those was the glory of the 1999 Open at Carnoustie. Beginning the final round 10 shots back, Lawrie took advantage of Jean van de Velde's meltdown to win a play-off and complete the biggest come-from-behind win in Open history.

Form: Little to speak of, but has been hampered by injuries. Finished in a tie for seventh at the Volvo Golf Champions event in January, but has since failed to break the top 50 in three other strokeplay tournaments.

Alliss's verdict: "One of the most underrated players for years, though some of that is down to him. He's realised what a good ball striker he is and he's stopped complaining to himself and got on with it. He's getting rid of that self doubt."

David Lynn (England) - makes his first Masters appearance as a result of his surprise second-place finish behind McIlroy at last year's US PGA Championship.

Martin Laird (Scotland) - returns for a third successive Masters as the final man to qualify thanks to his Texas Open victory last weekend.

Jamie Donaldson (Wales) - the world number 33 arrives for his Masters bow on the back of the biggest win of his career at the Abu Dhabi Golf Championship in January.

Sandy Lyle (Scotland) and Ian Woosnam (Wales) - the men that all other UK players in the field are looking to emulate. The veterans return to Augusta as past winners of the Green Jacket: Lyle, in 1988, the first UK winner of the Masters; Woosnam following three years later after back-to-back Nick Faldo triumphs.