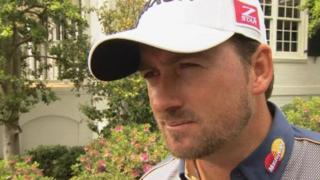 Graeme McDowell says he played some solid golf despite opening with a disappointing 73 at the Masters.

McDowell was one under standing on the 12th tee but then dropped two shots after taking four from the edge of the tricky short hole.

He then got back to one under par after 15 but two closing bogeys saw him signing for a 73.