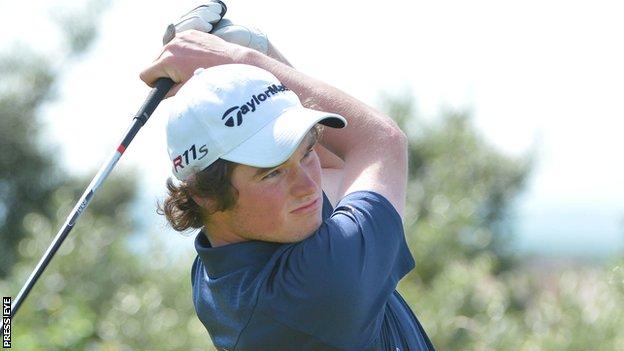 Ardglass player Cormac Sharvin won the Irish Close title on Wednesday after beating Paul Dunne by one hole in the final at Connemara.

The 20-year-old was under pressure on the final hole after East of Ireland champion Dunne holed a 15-foot putt.

Sharvin needed to hole from 10 feet to secure the title and he made no mistake to secure a first major championship.

The Co Down man, who took up the game just five years ago, beat Greystones' David Byrne 4&3 in the semi-finals.

Sharvin had won the silver medal as leading qualifier and became only the third player to go on and win the tournament, following Padraig Harrington and Garth McGimpsey.