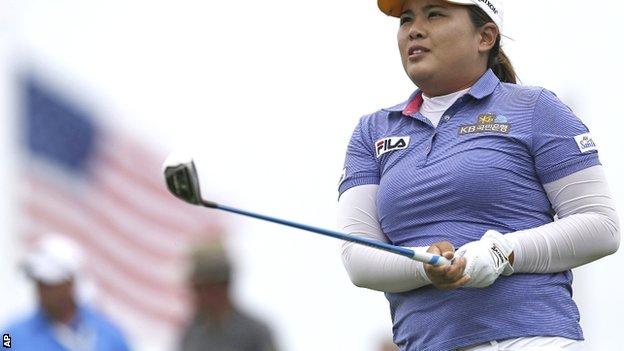 South Korea's Inbee Park remained on course for an unprecedented Grand Slam by winning the third women's major of the year, the US Women's Open.

The 24-year-old, who first claimed the event in 2008, has already won the 2013 Kraft Nabisco and LPGA Championships.

There are two majors remaining this year, the British Open in August and the Evian Championship in September.

This is the first year in which there will be five majors on the schedule, after the Evian Championship, won last year by Inbee, was elevated in status.

Babe Zaharias is the only woman to have won the first three majors of the year, in 1950 when there was no fourth major, with Mickey Wright and Pat Bradley the only other women to win three majors in the same year.

"It's scary to think what I'm capable of doing," Inbee said.

A third South Korean, So Yeon Ryu, was the only other player to finish under par at the challenging Sebonack Golf Club, a links-style course in Southampton, New York,