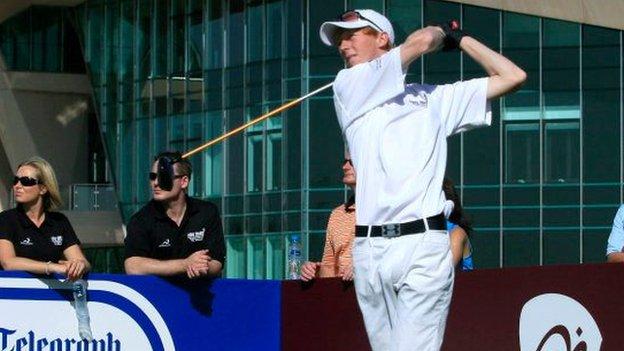 Devon golfer Jimmy Mullen says he hopes he can control his nerves after qualifying for the Open in Muirfield.

The 19-year-old amateur won the final qualifying tournament in North Berwick to claim one of three places available.

"But I'm just going to have to put the blinkers on and play my own game and not get overawed."

Mullen joked: "The first thing I said when I found out I'd qualified was 'how wide is the first fairway', because I'm hoping not to hit a re-load off the first tee.

"Hopefully I'll play with a couple of the big names in the practice round to get the nerves out of the way and then I can concentrate on the tournament."

The teenager carded two rounds of 68 to finish one shot ahead of a field that included former Ryder Cup captain Colin Montgomerie.

"Every time I think about it I can't believe it's actually happened," Mullen continued.

"I knew a lot of the names there and one of the main reasons I went was to compare myself against these people.

"Obviously I managed to play well enough to finish ahead of them. It's a big confidence boost and hopefully I can play similar to that in a couple of weeks time."