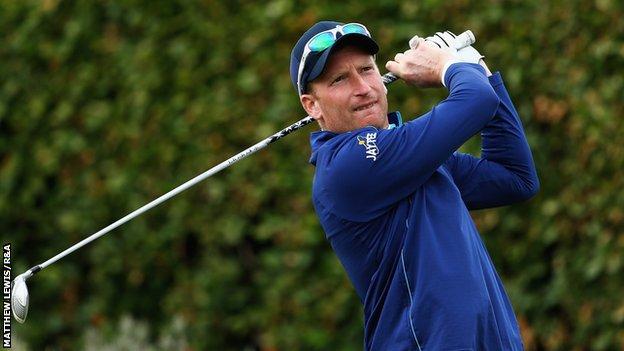 Kent golfer Steven Tiley says he is relishing the chance to play the Muirfield course after qualifying for the Open Championship.

The 30-year-old is set for his fourth appearances at the tournament.

"I have never played Muirfield, so it's nice to know that I'm into the Open," he said.

"I'm competing in a Challenge Tour event in Switzerland next week and it's going to be nice knowing my next event after that will be the Open."

He added: "For me it's easily the best Championship in the world."

The Canterbury-born golfer first appeared at the Open in 2004 as an amateur while three years ago at St Andrews he was in a tie in third place on day one following his opening round of 66.

Tiley, who turned pro in 2007, came through the local final qualifying event at the Musselburgh, carding scores of 64 and 69 on the final day to win by three strokes from Lloyd Saltman and Tyrrell Hatton on nine under par.

"I have grown up playing links golf and it was just good to give myself a great chance with that 64 in the morning," Tiley continued.

"In the afternoon I started with birdies at the first two holes.

"I did drop a few shots, but really I did nothing too silly and it was all just a matter of staying alive."

The Open takes place at Muirfield from 18-21 July.