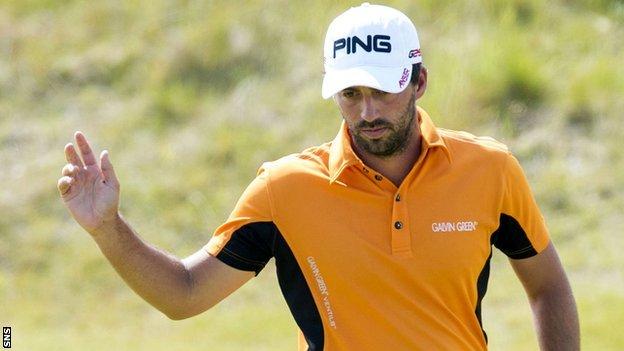 John Parry set the early pace on day one of the Scottish Open, finishing eight under par on 64 at Castle Stuart.

Fellow Englishman Simon Khan is a shot further behind, while Shane Lowry, Phil Mickelson and Chris Doak are among a number of players on six under.

Ernie Els, who will defend the Open at Muirfield next week, and Thomas Bjorn are level par.

Reflecting on his opening round in Inverness, Mickelson said: "It's great for me to get off to a decent start.

"I have gotten off to poor starts the last couple of years here and I've been fighting just to make the cut and just to get into reasonable contention.

"Now, getting off to a good start, I'm not having to battle up hill, I'm able to move up the leaderboard if I play well."

Els did not feel he had played "all that badly" after his 72, which featured three bogeys in his opening nine holes.

"That wasn't the score I was looking for," he said.

"It was an up and down round so I need to get it going tomorrow.

"If you're just a little bit off, this course will bite you."

German Moritz Lampert, on seven over, is the lowest placed player going into the second round.