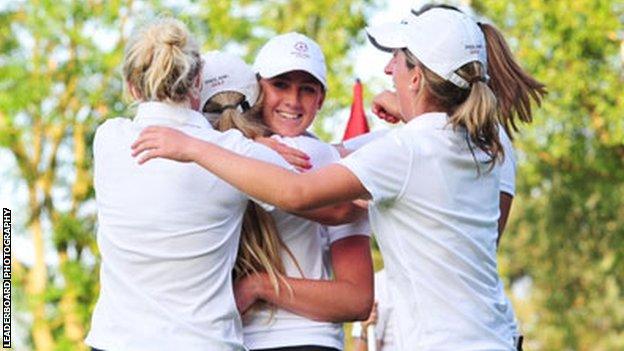 Cornish golfer Sarah-Jane Boyd was thrilled after sending England through to the semi-finals of the European Ladies' Team Championship at Fulford.

The 21-year-old from Truro sealed a dramatic singles win on the 21st hole to get past the Netherlands 4-3.

Boyd said afterwards: "I have never felt so much pressure.

"It's for the team and you know everyone is wanting it so much. It was the best feeling I have ever had when that putt went in."

Boyd is having won the British Stroke Play and English Championships within the last year.

Although she was trailing for much of her round, she fought back to take the match into sudden death before knocking in a short putt on the third extra hole to win.

England will take on Spain in the semi-final and captain Emma Brown was impressed with how the debutant dealt with the pressure.

"There was some great golf over the last few holes, it was fabulous," said Brown.

"She did really well to hold her nerve. She's playing in this team environment for the first time and she was very impressive."