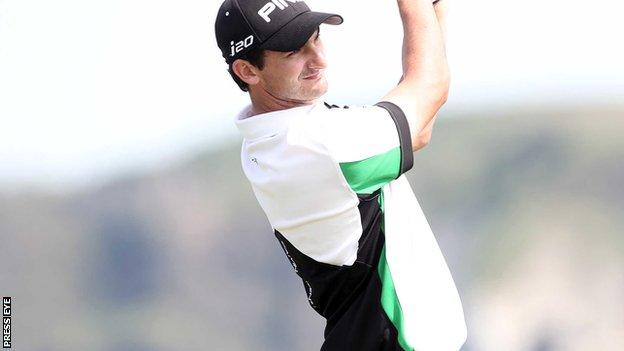 It is the latest success for the 21-year-old from Castledawson as he won the East of Ireland and Irish Close titles in 2012.

The final had been all square after 11 holes but Selfridge finished strongly.

A student at the University of Toledo, Selfridge clinched victory with a birdie on the 17th.

Hurley hammered Portmarnock's Geoff Lenehan 6&5 in the other semi-final.

Mist on the north coast, which led to delays in play over the first couple of days in the event, meant the final had to be put back to Saturday.

"It has been a long week and I am very tired," said Selfridge.

"I was ill for three days last week and did not know if I was going to be able to play in this tournament.

"Gary made a great start and I just hung in there and came through in the end."