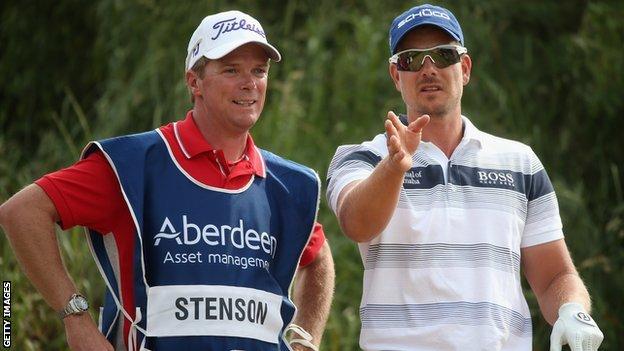 Henrik Stenson is the leader after the third day of the Scottish Open at Castle Stuart, sitting at 16 under.

Phil Mickelson, John Parry, Branden Grace and Peter Uhlein are all tied on 14 under.

Matteo Manassero fired a hole-in-one at the eighth as he moved to seven under, with Simon Khan, Matthew Southgate and Lorenzo Gagli all 12 under.

Day two clubhouse leader Chris Doak recorded a one-over-par round to finish tied 14th at 10 under despite a late recovery.

"I thought I played lovely tee to green," said Stenson. "I was very happy with my striking and how I played today. The only real bad hole was the bogey on nine."

Mickelson said: "You want to get off to such a good start because you have some great birdie opportunities early on and I didn't get that to happen.

"On the eighth hole, I tried to just slow down and just be a little more patient and I hit a good shot in there and got one putt to roll in and that seemed to just ignite the rest of the round.

"I got in a good position for tomorrow's final round, I'm really looking forward to it."

Maybin said he was "over the moon" after his eight-under-par third round in Inverness.

"Anytime I make the weekend I seem to put in a good showing so I'm looking forward to tomorrow.

"I think I can achieve the same again, I've proved I can do it."

A place at next week's Open at Muirfield is available to the winner and Jacquelin commented: "I haven't played a major this so it'd be great.

"I had a lot of chances for birdie and I made a lot as well."