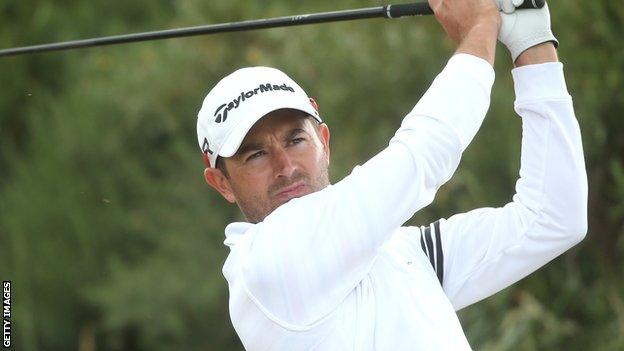 Gareth Maybin finished joint fifth in the Scottish Open after firing a one-under-par 71 in Sunday's final round at Castle Stuart.

The Ballyclare player carded birdies at six, eight and 13 to go along with bogeys on the ninth and 14th to end the tournament on 14 under.

American Phil Mickelson beat Branden Grace in a play-off after the pair were tied on 18 under.

The top-10 finish is a boost for Maybin ahead of next week's Open at Muirfield.

Maybin, who came into the event 109th in the Race To Dubai, started the final round three shots off the pace after shooting a superb 64 on Saturday.

Mickelson secured his first individual victory in Britain by beating South African Grace on the first hole of a sudden-death play-off.

Ryder Cup captain Paul McGinley (71) ended on eight under, with Shane Lowry (72) a shot further back and Damien McGrane (73) on five under.