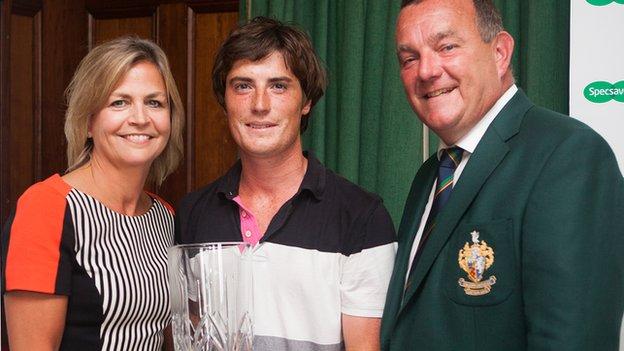 Dermot McElroy booked himself a place in the Northern Ireland Open at Galgorm next month by clinching a dramatic victory in the North of Ireland Stroke Play event on Tuesday.

Ballymena club-man McElroy finished on 11 under at the 72-hole Galgorm event.

The amateurs were competing knowing that victory would secure a place in the European Challenge Tour tournament.

Irish international McElroy led after day one following rounds of 66 and 68 in brilliant conditions at the Galgorm layout.

A third-round 71 kept McElroy at the head of affairs on day two but the Ballymena man's hopes looked to be fading after he dropped four shots in his opening four holes of the final round.

However, McElroy regrouped to fight out an exciting battle with Selfridge and the duo were level at nine under par on the 18th tee.

Selfridge managed a birdie at the last despite finding a bunker off the tee but it didn't prove enough to even land him a play-off amid McElroy's final-green putting heroics.

Matthew McClean and Colm Campbell finished third on six under with Tiarnan McMahon and Stephen Coulter sharing fifth on four under.