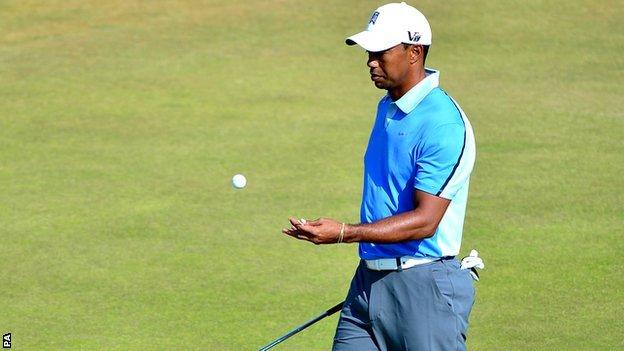 The 142nd Open Championship gets under way at Muirfield on Thursday with the game's best golfers vying to lift the famous Claret Jug.

In what promises to be one of the most open tournaments in recent years, 156 players will aim to add their names to an illustrious list of champions at the East Lothian course.

Muirfield's roll call of winners reads like a who's who of golf with Gary Player, Jack Nicklaus, Lee Trevino, Tom Watson, Nick Faldo (twice) and Els among those to have claimed the title over the iconic Scottish links.

World number one Tiger Woods is favourite with bookmakers, while Ernie Els of South Africa is the defending champion and the last man to win the Open at Muirfield in 2002.

England's Justin Rose leads the British charge after clinching the US Open in June, while Australia's Masters champion Adam Scott is keen to make up for his collapse over the last four holes at Royal Lytham 12 months ago.

Northern Ireland's Rory McIlroy, the world number two, is seeking a first Open title to add to his US Open and US PGA wins, but a poor season following a switch to a new equipment supplier has dampened expectations.

American Woods has not won a major for five years following scandal, injury and a loss of form, but he has won four times this season to get back to the top of the rankings and is expected to mount a strong challenge on the banks of the Firth of Forth.

Woods, 37, won the last of his three Opens at Hoylake near Liverpool in 2006 but is stranded on 14 major titles as he chases Jack Nicklaus's record of 18.

Woods's victory on the Wirral was built on a strategy of irons off the tee for position on a fast-running, sun-baked course, and the recent hot weather and good forecast for the rest of the week should ensure similar conditions at Muirfield.

"This is a fantastic championship on one of the best venues," said Woods, whose bid to win a third major in a row was blown severely off track in a fierce storm on the Saturday of the 2002 Open at Muirfield.

Woods tees off with Northern Ireland's Graeme McDowell and 2010 Open champion Louis Oosthuizen of South Africa at 14:45 BST on Thursday.

"The challenge for me is going to be staying in this tournament, not being dragged back to Merion every five minutes," said Rose, who gets his campaign under way with Els and American Brandt Snedeker at 09:11 BST.

Rose, who finished fourth in the Open as a 17-year-old amateur in 1998, became the first Englishman to lift the US Open since Tony Jacklin in 1970.

And the 32-year-old is among those striving to become the first English player to win the Claret Jug since Faldo, coincidentally at Muirfield, in 1992. Northern Ireland's Darren Clarke won the Open two years ago, while Paul Lawrie was the last Scot to triumph when he won at Carnoustie in 1999.

The build-up to the tournament has not been without controversy, given Muirfield's staunch male-only membership policy.

Open organisers the R&A have been criticised for taking the event to the club, run by the Honourable Company of Edinburgh Golfers, while conducting a global campaign to grow the game.

R&A chief Peter Dawson defended the club's right to make its own membership decisions and rejected the view that staging the open at single-sex clubs harms participation.

The first group to tee off at 06:32 BST on Thursday will be England's Oliver Fisher, Scotland's Lloyd Saltman and Australian Peter Senior.