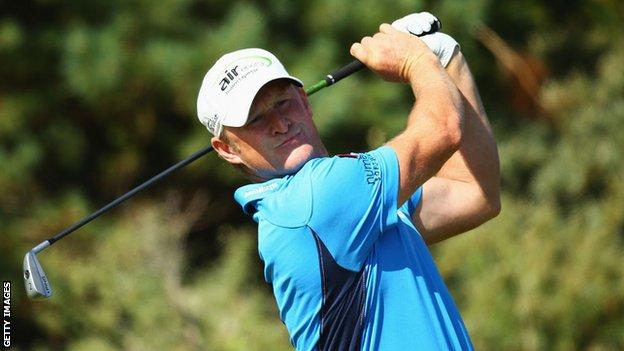 Wales' Jamie Donaldson finished the Open Championship tied 33 - on nine over par - his best finish in the tournament.

But Donaldson did "not really" take any comfort from his efforts.

He posted a fourth-round 77 after going into the day three over par at Muirfield.

Donaldson's fellow countryman Gareth Wright finished joint 71st at his first Open, while the title was won by Phil Mickelson, of the United States.

"I've played a lot of good golf. The game's there or thereabouts. I just need to tighten up in some areas.

"But overall for the week I've hit a lot of good shots."

Wright made the cut on the second day, scraping through on seven over par.