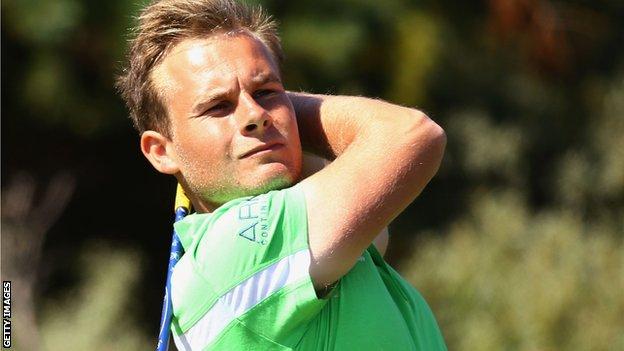 Buckinghamshire's Tyrrell Hatton has crashed out at Muirfield after finishing on 19 over par.

The 21-year-old's second Open (his first as a professional) was effectively over when he carded an 11-over-par 82 on Thursday.

That was the opening day's joint highest score and he failed to do much better on day two.

After starting his second round with six straight bogeys, he did at least rescue the round to card a 79.

A birdie two at the seventh stopped the rot and finally got him playing, from which point Hatton then clocked up nine straight pars.

But after he had bogeyed 17, he then fluffed his chip into a bunker on 18, eventually making double bogey to finish tied for 151st - and last - place.

Marlow-based Hatton, who plays his golf at Harleyford, also missed the cut at his first Open as a teenage amateur at St Andrews in 2010.