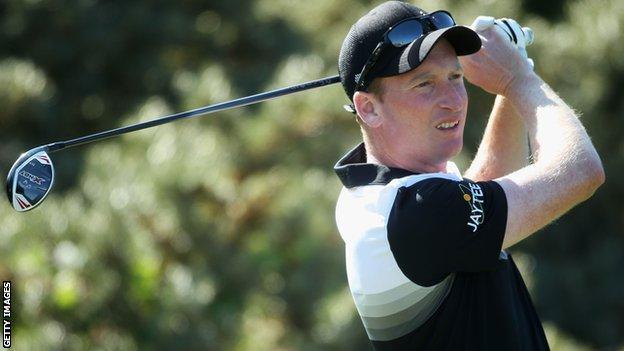 Kent professional Steven Tiley remained on course for his best finish at an Open Championship after a third round 73 at Muirfield.

The 30-year-old from Herne Bay reached the turn in level par 36 after countering a bogey at the eighth with a birdie four at the ninth.

Although he dropped three shots to come home in 37, that was still his best back nine of the week.

Tiley began on Thursday with a one-over 72 before a second round 75.

The Canterbury-born Challenge Tour player has missed the cut at two of his three previous Opens.

But he now has a good chance to beat his best Open performance at St Andrews three years ago.

After briefly leading the field at the famous Old Course on the first day with a six-under 66, former Georgia State University graduate Tiley eventually tied for 68th.